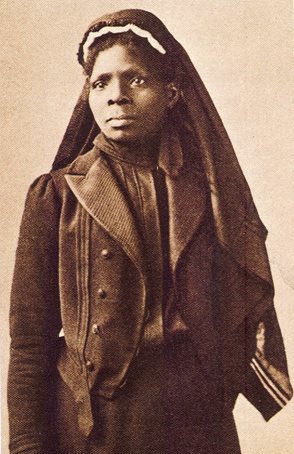 Born on the Grest Farm in Liberty County, Georgia, on August 6, 1848, Susie Baker King Taylor was raised as an enslaved person. Her mother was a domestic servant for the Grest family. At the age of 7, Baker and her brother were sent to live with their grandmother in Savannah. Even with the strict laws against formal education of African Americans, they both attended two secret schools taught by black women. Baker soon became a skilled reader and writer.

By 1860, having been taught everything these two black educators could offer, Baker befriended two white individuals, a girl and boy, who also offered to teach her lessons even though they knew it violated Georgia law and custom.

The Civil War brought Baker her freedom but not immediately. On April 1, 1862, at age 14, Baker was sent back to the country to live with her mother around the time federal forces attacked nearby Fort Pulaski. When the fort was captured by the Union Army, Baker fled with her uncle's family and other African Americans to Union-occupied St. Simons Island where she claimed her freedom. Since most African Americans did not have an extensive education, word of Baker's knowledge and intelligence spread among the Army officers on the island.

Five days after her arrival, Baker was offered books and school supplies by Commodore Louis M. Goldsborough if she agreed to organize a school for the children on St. Simon's Island. Baker accepted the offer and became the first black teacher to openly instruct African American students in Georgia. By day she taught children and at night she instructed adults. Baker met and married her first husband, Edward King, a black non-commissioned officer in the Union Army, while teaching at St. Simon Island.

For the next three years, Susie Baker King travelled with her husband's regiment, working as a laundress while teaching black Union soldiers how to read and write during their off-duty hours. She also served as a nurse, helping camp doctors care for injured soldiers.

In 1866, the Kings returned to Savannah, where she established a school for freed black children. In that same year, Edward King died in September only a few months after their first son was born.

By the early 1870s, she moved to Boston where she met her second husband, Russell Taylor. With nursing being a passion of hers, she soon joined and then became president of the Women's Relief Corps, which gave assistance to soldiers and hospitals

In 1890, after a trip to care for her dying son, she wrote her memoirs which she privately published them as a book in 1902 as Reminiscences of My Life in Camp with the 33rd US Colored Troops. Susie Baker King Taylor died in 1912 at the age of sixty-four in Boston.

The above article first appeared in the ACWS Newsletter, Spring 2015