The Confederate commander in the valley, Jubal Early, had lost half of his army in two earlier defeats (3rd Battle of Winchester, 19 September 1864 and Fisher's Hill, 22 September 1864). Sheridan and Grant were now convinced that the valley campaign was over, and began to plan how to move Sheridan's men to the Richmond and Petersburg theatre. Grant preferred an overland route through Virginia, while Sheridan favoured using the Potomac, suspecting that while Early was down, he was not entirely out. Before Cedar Creek, the Federal Sixth Corps had actually started to move east.

Sheridan was right. While the Federal commanders were debating how to move troops from the valley, Lee was moving troops into it. Kershaw's Division was sent west to reinforce Early, who estimated his strength at Cedar's Creek at about 8,500 infantry, 1,200 cavalry and 40 pieces of artillery. Sheridan's force still numbered around 40,000 men (although some were scattered in garrisons around the valley).

Early's new army reoccupied Fisher's Hill on 13 October. This had the immediate effect of pulling the Federal Sixth Corps back to Cedar Creek (where Sheridan's army was encamped). However, Sheridan was not alarmed enough to rush back to his army. Instead, he attended a conference in Washington, and overnight on 18-19 October was sleeping at Winchester, fourteen miles north of his army.

That left General Wright in charge of the army. He was convinced that his left flank was protected by the North Fork of the Shenandoah River, and so concentrated his efforts on protecting his right, where he expected any attack to come. He was wrong. The Confederates knew the valley well, and on the night of 19 October made a night march around the Federal left. Early that morning, the Confederates launched their attack.

It was an immediate and spectacular success. The Federal Eighth Corps was hit first, and retreated in chaos. Next was the Nineteenth Corps, which was also pushed out of its camp, although in slightly better condition. Finally, the Sixth Corps was forced back by the Confederate rush, although this time in reasonably good order. By mid-morning most of Early's men thought that they had won a great victory.

This was when Early's day started to go sour. The Federal Sixth Corps had not routed, and was able to form a strong line north of the battlefield. Elements of the Nineteenth Corps began to form around them, and by 10.30 this new line was probably too strong for Early's men to attack with any chance of success. At the same time, many of the Confederate soldiers settled down to looting the Union camp. Early was later to blame this for his eventual defeat.

Worse was to come. Sheridan had been woken early by the sound of artillery from the south. At first he dismissed it as too light to indicate a battle, but soon changed his mind, and began what was to become his famous ride from Winchester. Just south of Winchester, Sheridan found the first evidence of the disaster at Cedar Creek - fleeing men, mostly of the Eighth Corps, desperate to get to safety.

Sheridan was about to secure his reputation. Riding south, he rallied as many men as he could, stopping whenever he encountered a large group of retreating soldiers to encourage them to turn south. By the time he reached the new Union line, at about 10.30, he had turned the tide of retreat. Over the next five hours, Sheridan reorganised his shattered army, in preparation for a counterattack. He was always at his best in a crisis, and this was the biggest crisis he faced while in command of an army. Very few other commanders on either side could have rallied an army that had suffered such a reverse in the morning and persuaded them to launch a counterattack on the very same day.

That counterattack went in at four in the afternoon. Early's men briefly held, but broke under the Federal attack and fled from the field. Once again, Sheridan suffered more losses that Early, but once again he could afford to. Early lost 320 dead, 1540 wounded, 1050 missing and captured, 43 guns and most of his supplies - perhaps as much as a third of his entire force. Sheridan's men lost 644 dead, 3430 wounded and 1591 missing and wounded, demonstrating the ferocity of the fighting. Even so, that still left him outnumbering Early by as much as five to one.

Despite this, Early and the Confederates did not flee the valley. While Sheridan spent the winter at Kernstown, Early camped at New Market, where he received a small number of reinforcements. Sheridan was finally able to dispatch most of his infantry to the Petersburg front. He was to have one more encounter with Early, at Waynesborough (2 March 1865), but after Cedar Creek most of the Shenandoah Valley was effectively lost to the Confederacy. 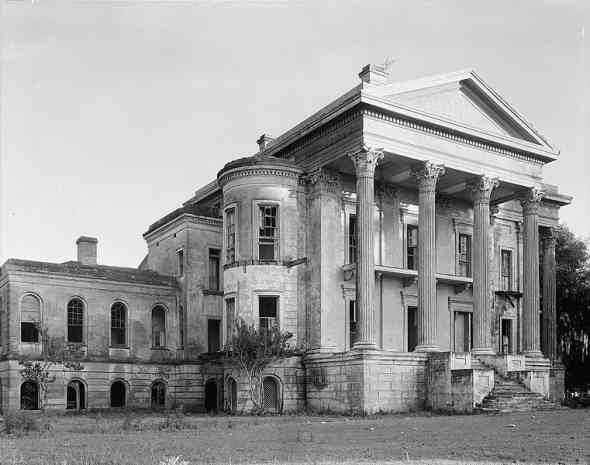 The History of Belle Grove begins with the German immigration into the Shenandoah Valley of Virginia. In 1732, Jost Hite, his partner Robert McKay, and 16 families journeyed to the northern Valley to settle on 140,000 acres obtained in two land grants. A grandson of Jost Hite was Major Isaac Hite Jr, who attended William and Mary College and served in the Continental Army during the Revolutionary War. In 1783, his father gave him and his bride Nelly Conway Madison, sister of a future President of the United States, the 483 acres on which Belle Grove house was later built. In 1794, construction began, and was completed in 1797. The mansion was built with limestone quarried on the property, and, as was customary in that day, was intended to display the owners' social and financial status.

The above article appeared in the ACWS Newsletter, Summer 2010