"Information is like cotton, it needs someone to gather it, sort it, then create the greatest profit from it."

A statement from John Witson Gant, a member of the Pinkerton Agency. 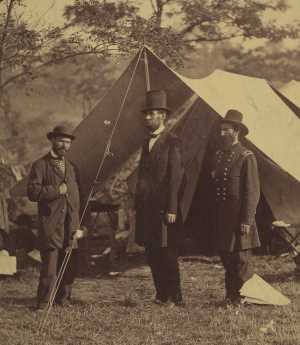 As in any conflict the two most important requirements of any opponents are intelligence of the enemy and communication within its own forces.

As the war escalated, the need for up to date information regarding Governmental decisions and Military movement were crucial for both Armies. Rumour control was in overdrive.

Misinformation, disinformation, exaggeration, part truths and fairy stories were being passed around deliberately to confuse and disrupt both Armies' information gatherers and spies.

As both North and South began closing doors on all fronts, land and sea, it became obvious that the civilian population would need to be impregnated with eyes and ears from both sides. Everyone became aware of the (strangers in town syndrome) and walls of secrecy were being built. Witch hunts became more common and any suspects could expect short thrift, including local communities doling out their own punishment - usually a public hanging.

It was not unusual to find bodies hanging from trees with 'spy' written on the forehead or a note pinned to the chest, to act as a deterrent for anyone intending a casual visit.

It was not long before a long line of civilian involvement would be working within the Military. However, this type of action could prove costly. Being caught by either side would usually mean certain death. In reading the many stories written by spies, about spies, it was a very risky business and the use of the femme fatale was well recorded.

Any civilian movement within a conflict area would create instant suspicion and regardless of excuse or reason, it was believed that it must have some covert implication worthy of investigation and interrogation.

It was well known that black slaves and freed slaves were regularly used as messengers between North and South. The numbers alone would be difficult to police, with many knowing various tracks, backwoods and swamps that most Military forces would not or could not follow.

Ambrose Burnside must have curled his sideburns when the Provost Guard were formed. General Porter, with glee, handed over the big stick to Andrew Bell Birney to deal with Military misbehaviour and smoked his cigar and toasted their almost immediate success. With desertion being dealt with, congress went fishing for civil control, but were without Military officers to action it. The Provost Guard were tied up by 'Soldiers Stuff'. They were not police trained and couldn't work outside uniform. Washington talked through the night and agreed a possible solution.

It was well known that Alan Pinkerton and his agents were extremely good detectives pre war and probably the first C.I.D. on the scene. His services were deemed to be an asset in detection and intelligence gathering regarding civil matters.

(Now for all you Pinkerton fans I'll apologise for the next paragraph or two) as most of it is my opinion (for what it's worth) and I'm looking through a soldier's eyes. Firstly, he should have been allowed to work for the Military, not within it. He failed to be able to think military and forged ahead in his usual way, bearing in mind they were civilian police and could afford to take their time in sorting information. Time the Military didn't have.

Loved by some, hated by others, he desperately tried to impress Congress, as he had delusions of grandeur planned for the post war period. Most of the information he passed on was already known, gathered by other means or predicted in advance by unit commanders. On being dismissed from a battle plan meeting at Corp Command, he was so enraged by the lack of respect shown to him, he was overheard muttering "They relied on his agency and he would go elsewhere, where he would be appreciated." (OH WHAT!)

Military commanders agreed at all levels that what was needed were Military Area detectives, 'Soldiers in Civvies', Officers detached from Corp and Divisional level that were well trained in covert operations being able to integrate with a community. They would pose as professional people, teachers, cattle or horse dealers, traders etc. They would be able to operate alone or in small cells, arranging safe houses and sifting information to be relayed to regular forces nearby. As the suspicions grew, so did the need to infiltrate all areas of society. Area detectives were expected to gain favour with the local dignitaries, the wealthy, being able to hob nob with the local governmental officials that weren't exempt scrutiny. Civil law enforcement had little power and the Military would leave the Civil population very clear about who was in charge. It would prove vital to report back any potential opposition to the military powers in-situ.

As in all wars there are many small cogs in the great war machine. Without which the great machine 'don't work'. The unsung individuals, that perhaps passed on a snippet here and there, unknowingly affecting the outcome of a battle, even the war. Who knows?

How many unnamed men and women that gave their lives in the service of the side they love, never had a burial, headstone or a place in history recorded. How many just went missing for their cause. One can only salute their loyalty and bravery - blue and grey.

The use of the Area Detective would continue well on after the war and would eventually form the links during the Indian Nations Wars and the subsequent policing of the Indian Reservation and their Rites.

The above article first appeared in the ACWS Newsletter, September 2001, and was re-printed in the Spring 2014 Edition.