The CSS Alabama is said to be the most successful commerce raider in history. She was commissioned by the Government of the Confederate States of America from Lairds yard in Liverpool, England in 1861 but as far as the yard was concerned she was ordered by a private individual, James Dunwoody Bulloch. Bulloch was in reality one of the Confederate Purchasing Agents operating in Liverpool. 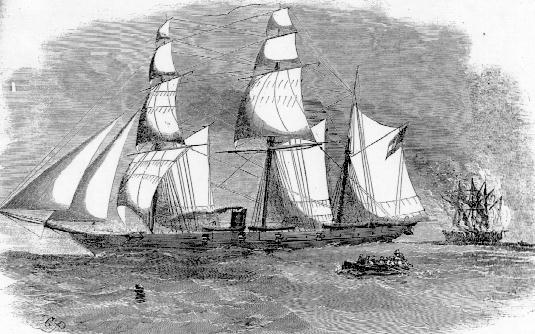 The Alabama was, within the confines of the budget, to be one of the finest vessels and some of her specifications were to be in accordance with those of 'Her Majesty's service'. Britain had recently launched their new ironclad warship, H.M.S. Warrior, a vessel so advanced the Admiralty had no classification for her and Confederate spies had managed to get on board whilst she was being fitted out. Although Laird's were renowned for their iron ships the Alabama was to be of wooden construction because Bulloch realised that not every port around the globe had the facilities to repair an iron vessel. Therefore she was to be constructed of the finest English oak with iron fastenings and her bottom was to be copper sheathed to prevent fouling. Bulloch's ship was known simply by her keel number '290' and although the Confederates hoped to keep her purpose secret it was common knowledge around Liverpool of her true intent. Federal agents employed by the U.S. Consul in Liverpool, Thomas Haines Dudley, had followed Bulloch's every move waiting for him to fall foul of the Foreign Enlistment Act. However, as Bulloch and his fellow agents were ostensibly private individuals the British government was powerless to act without positive proof. 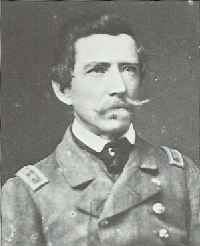 The '290' was launched on the 14th May 1862 when she was named 'Enrica'. In June she undertook sea trials with a small crew under the command of Matthew J Butcher, a highly regarded Cunard officer. Bulloch and a party of dignitaries were on board. Only Bulloch and Butcher knew that there was no intention of returning to Liverpool and arrangements had already been made for the visitors to be returned when it was announced that as the sea trials were going so well Butcher had decided to remain at sea overnight to complete them. The Alabama was in fact already on her way to the Azores where she would be handed over to Raphael Semmes who was to command her until her loss at the hands of the USS Kearsage off Cherbourg, France in 1864.

The small crew was increased by a further 40, recruited from Liverpool, off the coast of Anglesey, Wales. More sailors from all parts of Britain joined from the supply shops waiting to load arms and other necessary stores and the majority remained until the end.

Following the fatal engagement several vessels assisted in picking up survivors, the main ones being a French fishing vessel and two private English yachts, the Deerhound and the Hornet. Semmes with some of his officers and crew were rescued by the Deerhound, a steam yacht, which landed them at the neutral port of Southampton, Hampshire on the southern coast of England. The Hornet being only sail, landed their survivors in Cherbourg.

From information obtained from the internet

The above article appeared in the ACWS Newsletter, February 2001