A Gem from General Lee

During the wars of the 19th century, public perception of military events predictably followed what the citizenry read and understood from its local newspapers. Editors in those days had great power, as these influential publications were the only means by which most people could get national news. The stand or slant they took on an issue, might make or break generals and politicians. 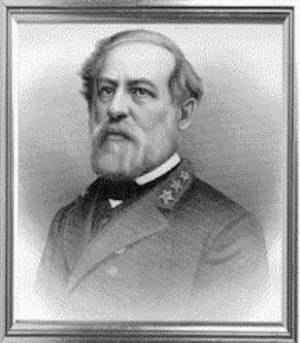 General Robert E. Lee was one soldier who understood what public opinion could accomplish or destroy when stirred up by an aggressive newspaper editor. Although he himself fared pretty well at their hands. Lee knew of many occasions in both the North and South, where editorials had changed government policy, or caused the replacement of high-ranking officers who commanded major armies.

Supposedly, sometime after the Southern disaster at Missionary Ridge, Tennessee in November 1863, and the resignation of General Braxton Bragg, Lee in a private conversation, was said to have made the following satirical remark to Confederate Senator Benjamin H. Hill of Georgia:

"We made a great mistake in the beginning of our struggle, and I fear, in spite of all we can do, it will prove a fatal mistake"

"What mistake is that General" asked Mr Hill.

"Why sir in the beginning we appointed all our worst generals to command our armies, and all our best generals to edit our newspapers. I have done the best I could in the field, and have not succeeded as I would wish. I am willing to yield my place to these best generals, and I will do my best for the cause editing a newspaper. Even as a poor soldier as I am can generally discover mistakes after it is all over, but if I could only induce these wise gentlemen who see them so clearly beforehand to communicate with me in advance, instead of waiting until the evil has come upon us, to let me know they knew all the time, it would be far better for the country"

The above article first appeared in the ACWS Newsletter, Spring 2006